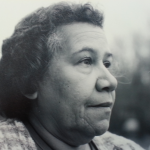 The Founding of The Children’s House

Louise Brannon, the first Directress of the school, launched her long career in teaching when she opened and operated The Indianapolis Reading Clinic during the 1960’s. She continued her teaching experience at the Parrish Country Day School, with Martha Thurston, teaching both reading and math.

From this inspired endeavor, she joined with a group of devoted parents who would go on to form a board of directors, and move forward with the notion that there could be a different kind of school here in Indianapolis. This group, which included Dr. John Galloway, Dr. Bob Archer, and Dr. Manuel Debono, put Louise Brannon in place as the Directress. David Gillman acted as their attorney, and became Secretary of the Corporation. Jacque LeRoy rented them a property on West 39th. Street, off Knollton Road, where The Children’s House opened, incorporated as a not-for-profit school, in 1971. This was all made possible by the focused devotion of this group, and the help of a Lilly Endowment Grant.

Forty-four years later, this school still thrives on the Northwest side of Indianapolis, in a building the school bought with its second matching Lilly Endowment Grant, made possible by the generous donations from hundreds of its alumni.

Mary Sexson joined the staff of The Children’s House in 1993, as the Reading and Language Arts teacher. She became an administrator in 2006. Mary continues to teach Reading and Language Arts, as well as Literature, and Indiana History. Mrs. Sexson holds a degree in English and Creative Writing from Indiana University, and received her certification in Elementary Education from St. Mary-of-the-Woods College. Mrs. Sexson is a writer, with two collections of poetry, published in 2004 and 2013.

Abigail Louden is an alumna of The Children’s House. “I loved going to school here, and worked as a camp counselor during the summers after I graduated.” After attending Cardinal Ritter High School, Abigail went on to major in Math and Education at Purdue University. She has taught math for the past 13 years, and has been at The Children’s House for a combined tenure in Math and Science since 2008. She also teaches Geography.

Science, Latin, and US History

Tristan Gilkey has taught at The Children’s House since 2007. He currently teaches Latin (and Ancient Greek), Science, US History, and Phys Ed. He earned a BA in Classical Studies from Earlham College, and received an MA in English Literature and Linguistics from Indiana University, Indianapolis.

Jamey Faulkner started teaching Music at The Children’s House in 1999, the same year he started the Guitar Institute of Indianapolis. Mr. Faulkner holds a Bachelors of Music, Guitar Performance, and a Master of Science, Music Technology from the Indiana University School of Music. Jamey also currently operates/runs jameyfaulkner.com, a guitar coaching website.

Shenena Hadley has been with The Children’s House since 2007, as the primary Preschool teacher. She started her love of teaching in 1996, while teaching her oldest daughter at a local preschool. Shenena has her Child Development Associate’s degree, and is a certified Montessori teacher. She enjoys having her two youngest children here at The Children’s House with her.

Chris Nurnberger has a 200 hour Teacher Training Certification from Indy Yoga. He manages 3 studios for Indy Yoga, and has worked with them since 2009. Chris also teaches yoga at three other schools in the Indianapolis area.” Chris has a Bachelor’s Degree in Sociology from West Virginia University.